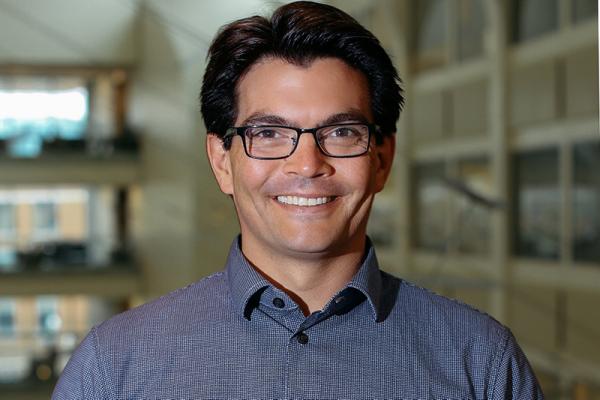 Todd Thompson, professor and vice-chair in the Department of Astronomy, has received the Distinguished Scholar Award, which honors six Ohio State faculty members who demonstrate scholarly activity, research, or other creative works representing exceptional achievements in their respective fields.

Todd Thompson is a theoretical astrophysicist best known for his work on the explosions of massive stars, the physics of galaxies, and the dynamics of triple and quadruple star systems. Thompson has identified the critical conditions that cause stars to explode as supernovae instead of collapsing into black holes, proposed novel mechanisms that could drive the most powerful explosions and defined the physical conditions needed for explosions to synthesize the nuclei of heavy elements such as gold and platinum. He has developed some of the leading theoretical models for “galactic winds,” which carry gas out of star-forming galaxies at hundreds of miles per second, and he has shown that wild oscillations of orbits in triple or quadruple star systems could lead to collisions of compact stars, powering another major class of stellar explosions.

“There are few theorists in the field who have impacted as wide a range of problems as Todd has and even fewer who have done so with the quality that Todd brings to his work,” said a colleague. “Assessing his body of work overall, I would say that he is one of the top handful of theorists in the world in at least two areas (galactic winds and supernovae) and has made major contributions in multiple others.”

“In terms of his qualities as a scientist, I find Todd to be exceedingly creative and — at the same time — careful and self-critical,” said another colleague. “This is a rare combination of traits. He seems to be voraciously curious and to have great instincts as to best (new) ways to think about a problem. This, together with his broad command of the relevant physics, is why he has been able to make an impact across a wide range of topics in theoretical astrophysics.”

Distinguished Scholar Award recipients receive a $20,000 research grant and a $3,000 honorarium to pursue their scholarly activity.