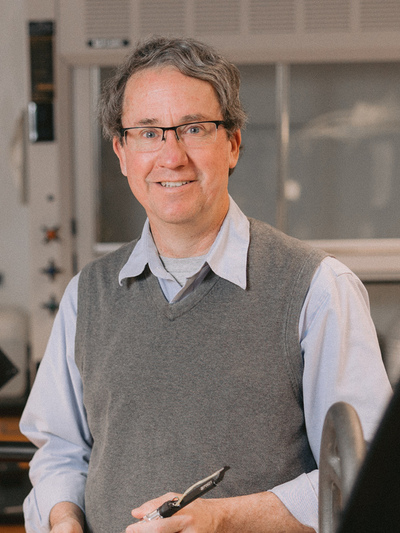 College of Arts and Sciences Distinguished Professor of Astronomy, Vice Chair for Instrumentation

Prof. Pogge came to OSU as a postdoc in 1989 and joined the faculty in 1992. His research combines an interest in the astrophysics of gaseous nebulae from interstellar gas to active galactic nuclei with the development advanced astronomical instrumentation for ground-based optical/infrared observatories.  He is a co-discoverer of the Narrow Line Seyfert 1 subclass of AGN and did early work on the ionization morphology of active galactic nuclei. At OSU he has worked on the design and construction of advanced instrumentation for ground-based optical/infrared telescopes with the Astronomy department's Imaging Sciences Laboratory, which he has led since 2007.  Recent instrumentation projects include the twin Multi-Object Double Spectrographs (MODS) for the Large Binocular Telescope and robotic fiber positioner systems for SDSS-V.  His current research interests are focused on understanding and revising the absolute metallicity calibration of HII regions in nearby and distant galaxies, a topic of crucial importance for understanding the chemical evolution and growth of galaxies over cosmic time, and he continues work on active galactic nuclei and exoplanets.  In w021 he was named a College of Arts and Sciences Distinguished Professor of Astronomy.