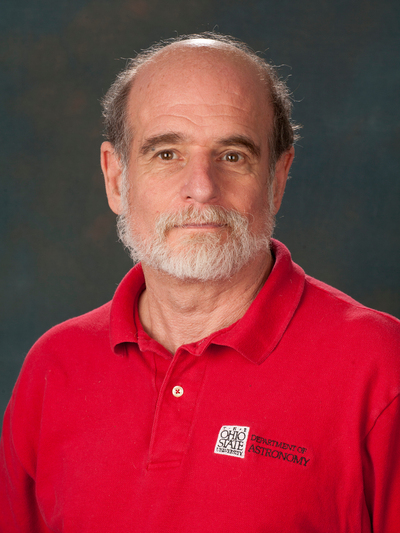 Prof. Gould’s research has ranged from gravitational microlensing to the dynamics of dark matter capture in the solar system, the physics of Lyman-alpha fluorescence in the intergalactic medium, and the demography of ultra-wide stellar binaries. He has written foundational works in each of these fields. His current research focus is on the characterization of extrasolar planet systems using gravitational microlensing. In addition, Prof. Gould has a long standing interest in graduate astrophysics pedagogy. He was a primary developer of Astronomy Morning Coffee, the Order-of-Magnitude Astrophysics graduate course, and a novel graduate student training program known informally as “Andy Camp.”  In 2002 he received the University Distinguished Scholar award, and was named a Distinguished Professor of Mathematical & Physical Sciences. In 2016 he received the Beatrice M. Tinsley Prize of the American Astronomical Society for his development of gravitational microlensing as an important tool for the discovery and characterization of exoplanets.