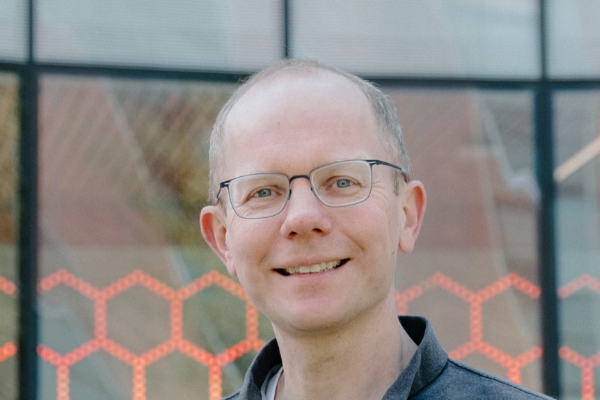 Paul Martini, Professor of Astronomy, has been elected a Fellow of the American Physical Society. The APS Fellowship Program recognizes members who have made exceptional contributions to the physics enterprise in physics research, important applications of physics, leadership in or service to physics, or significant contributions to physics education. Each year, no more than one half of one percent of the Society membership is recognized by their peers for election to Fellow of the American Physical Society. This year, 155 Fellows were selected and recognized for their contributions to science.

Paul's citation reads: For distinguished contributions to understanding the evolution of black holes and galaxies and to building sophisticated instruments for astronomical observations and cosmological  surveys.

Paul received his Ph.D. from The Ohio State University in 2000 and joined the faculty in 2005 after holding fellowships at the Carnegie Observatories and the Harvard-Smithsonian Center for Astrophysics. He also holds a courtesy appointment as a Professor of Physics at Ohio State.

Here is a longer article on the College of Arts and Sciences website.