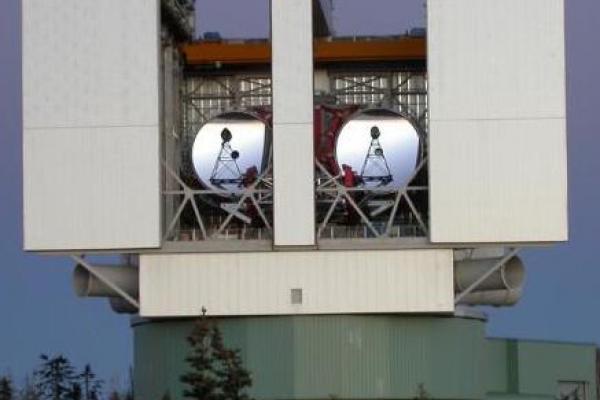 For the first time, astronomers have seen a dying star collapse directly into a black hole, rather than explode as a supernove. The star was about 25 times as massive as our Sun, and this fizzle could explain why astronomers rarely see the most massive stars explode.

Christopher Kochanek, Professor of Astronomy and Ohio Eminent Scholar, led the team that has been monitoring nearby galaxies with the Large Binocular Telescope to look for such "massive failures." Former Ohio State graduate student Scott Adams, now a postdoctoral research at Caltech, performed this study as part of his dissertation research. Also involved from Ohio State was Krzysztof Stanek, Professor of Astronomy.

For more details please see the Ohio State Press Release or read the Article in the Columbus Dispatch.