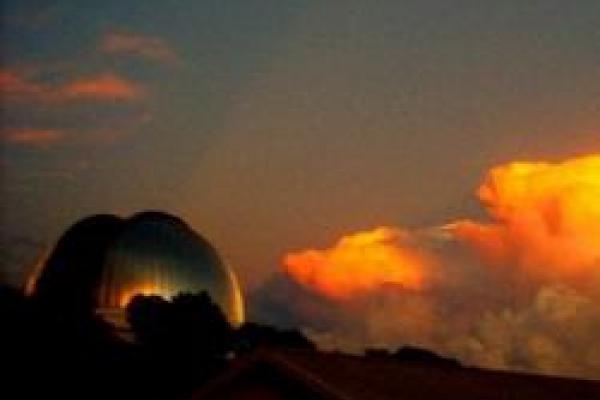 Astronomy is considered the most ancient of all sciences, and many believe that the field has recently undergone a “golden age” where our understanding of the Universe is now increasing by the month instead of by the century. However, as technology races to keep up with increasingly ambitious research goals, it is common for the technological marvels of the previous decade to be neglected by those who can afford bigger and better astronomical tools. This is clearly not the case at The Ohio State University Astronomy Department.

Even by the standards of the other 19 telescopes dotting the ridges of Kitt Peak National Observatory (KPNO)—located under dark skies 60 miles outside Tucson, Arizona—the two telescopes that make up MDM Observatory are not big. When compared to the twin 8.4-meter mirrors of the Large Binocular Telescope (LBT) on Mount Graham, which Ohio State also owns a partial share of, the 1.3- and 2.4-meter telescopes of MDM Observatory are often viewed as outdated.

However, despite the relatively small sizes of the 1.3-meter McGraw-Hill telescope and the 2.4-meter Hiltner telescope, the science being performed at MDM Observatory is extremely large. While many observational astronomers are trying to use modern technology to see further into space than ever before, astronomers at OSU have realized that scientific breakthroughs do not need to come from technological marvels.

The small size of the MDM telescopes—which are equipped with modern instruments capable of sub-arcsecond imaging makes them ideal for observing bright, nearby stars and galaxies. In addition, the smaller  telescopes are useful for quickly following up on X-ray sources found by space observatories, such as Chandra. Finally, MDM is well-suited for long-term studies and surveys of active galaxies, variable stars, and exoplanets.

With a 25% share in MDM Observatory—and the remaining 75% owned by the University of Michigan, Dartmouth College, Columbia University, and Ohio University—The Ohio State University is able to observe an impressive 90 nights each year on the southwest ridge of Kitt Peak.

Because of the relatively low cost of operating MDM observatory and ample observing time, Ohio State is able to offer students the opportunity to gain hands-on experience operating the telescopes and their instruments. Though most of the student observing is done by graduate students, undergraduates participating in the Summer Undergraduate Research Program (SURP) have also had the opportunity to experience the unique (and sometimes lonely) work of an observational astronomer.

During both of my own observing trips to MDM as an undergraduate, I was giving the responsibility and opportunity to operate the McGraw-Hill telescope. Most importantly, I was not simply there to see how astronomical observations were done, but instead to learn how to perform them.

Because of the nearly $20,000 price-tag for a night of observing at LBT, observing time for training undergraduate students is not practical at the giant telescopes. However, MDM’s low operational cost makes it an ideal place to train a new generation of observational astronomers.

MDM Observatory may not compete with giant, modern telescopes like LBT in terms of size or technology, but MDM is far from being outdated. With the help of Ohio State professors utilizing what MDM can do, the observatory will continue to support valuable and original astronomical research for years to come.