KELT: A Little Telescope with a Tall Order

KELT: A Little Telescope with a Tall Order 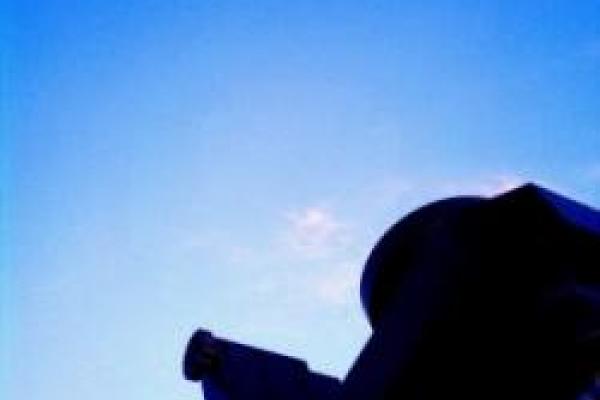 While the search for exoplanets often demands some of the world’s largest, most expensive telescopes, Ohio State graduate student Thomas Beatty is using the Kilodegree Extremely Little Telescope, or KELT, to probe the Milky Way for alien worlds.

Developed by another OSU graduate student in 2006, KELT is the department’s smallest telescope, but its collection of stars is far from miniscule. Beatty has gathered images of roughly 180,000 stars during the three months he has been observing, and he intends to look at an additional 600,000 over the course of the next year. He’ll assess whether the stars are harboring possible exoplanets.

KELT uses a common procedure for detecting exoplanets known as the transit method. When a planet
passes in front of its host star during orbit, there is a measurable dip in the amount of starlight seen
from Earth, which can be used to determine certain properties of the planet-star system.

Beatty works with fellow graduate student Jason Eastman and Associate Professor Scott Gaudi, who
is one of OSU’s primary exoplanet astronomers and collaborates with fellow planetary scientists from
around the world.

KELT addresses a growing need in the astronomical community, Beatty explained: even as the number of known exoplanets continues to increase with telescopes like NASA’s space telescope Kepler, the level of detail scientists can study from the planets themselves remains limited.

“Some of the larger telescopes, like Kepler, tend to observe planetary systems whose host stars are fairly dim,” he said. “Although Kepler’s data is greatly expanding the number and types of known exoplanets, it is going to be hard to deduce any information about the atmospheres of those planets,” he continued.

In order to compare exoplanet’s atmospheres to our own Solar System’s chemical make-up, astronomers need a very bright star whose light will pass through the atmosphere of the planet on its way towards Earth. The technique for measuring the atmospheric composition is extremely difficult and requires the use of very sensitive instruments.

While KELT will not be used to analyze the atmospheres of exoplanets, it will discover planetary systems whose host star is bright enough for others to perform this study.

Bright stars tend to outshine all other objects in an image taken with sensitive telescopes, which is why
KELT’s small size and low sensitivity allows it to look at stars that are 100 to 10,000 times brighter than
what larger telescopes can observe.

“Of the 60,000 stars in each image, we will usually narrow the sample down to a dozen or half-dozen stars that potentially host exoplanets,” explained Beatty. “It’s a tedious process to find the right stars, but the results will be extremely rewarding,” he continued.

Beatty is also working on another project with Gaudi that involves looking at Sun-like stars and their relative motions with respect to Earth using the second largest optical telescope in the world, which is located more than 13,000 feet above sea level atop a Hawaiian volcano. Beatty and Gaudi intend to find more exoplanets with this different, but equally valuable technique.