AN ELEMENTAL PROBLEM WITH THE SUN

AN ELEMENTAL PROBLEM WITH THE SUN 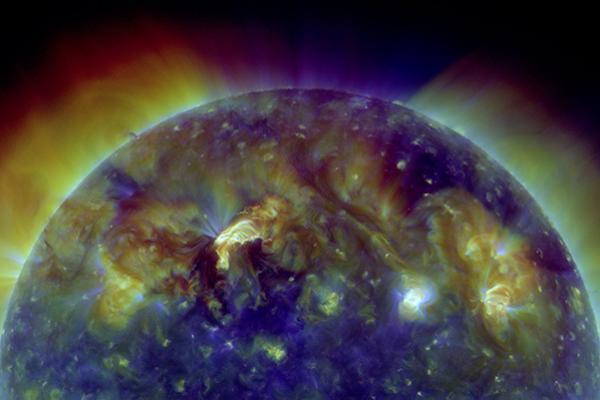 For two decades, astronomers have argued over how much carbon, nitrogen and especially oxygen lie within our closest star — a dispute with implications for the entire universe.

A new debate is raging among astronomers over how much carbon, nitrogen and oxygen live within the Sun — a discussion with implications for the entire universe. Marc Pinsonneault, professor in the Department of Astronomy, weighs in for Knowable Magazine.

As astronomers gaze into the depths of space, they do so with unease: They don’t know precisely what the universe is made of.

It’s not just the true nature of dark matter that eludes them; so does the essence of the stars that speckle the sky and populate the many galaxies throughout the cosmos. Surprisingly, no one knows the stars’ exact chemical composition: how many carbon, nitrogen and oxygen atoms they have relative to hydrogen, the most common element.

These numbers are crucial, because they affect how stars live and die, what types of planets form and even how readily life might arise on other worlds.

Twenty years ago, astronomers expressed confidence in the numbers they had been working with. Now, not so much. The problem lies not in the far corners of the cosmos, but much closer to home. Astonishingly, scientists don’t know exactly what the sun is made of. As a result, they don’t know what the other stars are made of, either.

Read the article by Ken Croswell on Knowable .