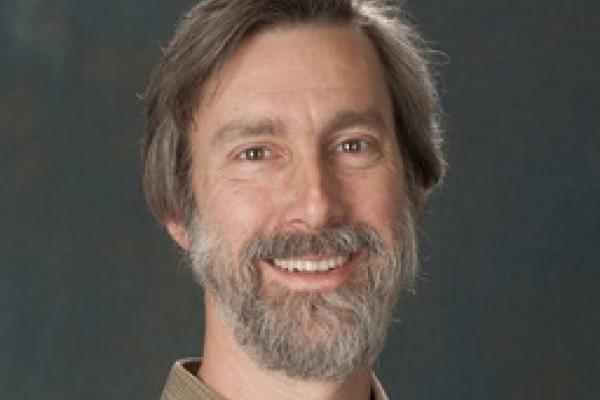 David Weinberg was surprised at our morning Astronomy Coffee today to learn he has been named a Distinguished University Professor. The Distinguished University Professor title is awarded to no more than three exceptional faculty per year. The title recognizes accomplishments in research, scholarly or creative work, teaching, and service that are both distinguished and distinctive. The Office of Academic Affairs awards honored faculty a $30,000 one-time cash award to support their accademic work. 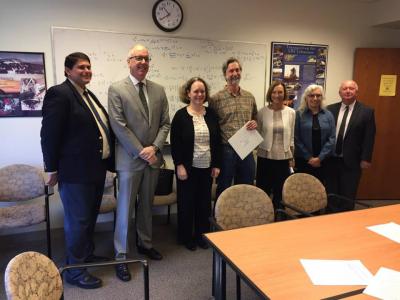 David is the Henry L. Cox Professor and has been Chair of the Department of Astronomy since 2015. He is well known for his theoretical and observational work on the larges cale structure of the universe, the formation of galaxies, and the origin of cosmic acceleration. He has served as the Spokesperson and Project Scientist for the Slona Digital Sky Survey, which has created the largest ever maps of the universe and the Milky Way galaxy, and he is a member of the formulation science team for NASA's Wide Field Infrared Survey Telescope (WFIRST).

David has been a member of the Astronomy Department faculty since 1995. Prior to coming to Ohio State, he had postdoctoral positions at Cambridge University, U.C. Berkeley, and the Institute for Advanced Study. Previous recognitions of his work include the highest honorific fellowship of the Princeton Graduate School (1985), the Ohio State Distinguished Scholar Award (2006), and the Lancelot Berkeley Price of the American Astronomical Society (2015).