NASA's Search for Life in Places Near and Far 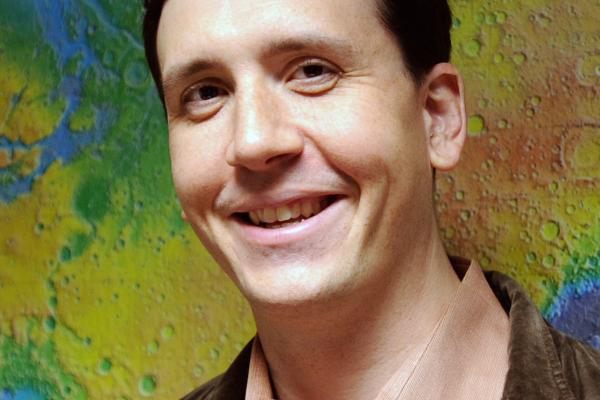 Are we alone? Why is Earth habitable? What is the fate of our home planet? Humans have pondered such questions for ages. But until now, most of that pondering has been speculation fueled by nights under the open stars. A new generation of scientists endeavor to apply the scientific method to this question, with observations that test specific hypotheses. These observations will come from spacecraft that will travel to Mars, Europa, and other icy worlds, and they will come from large telescopes on the ground an in space that will look at planets around other stars. This is how we'll finally find out whether or not we're alone... or at least if the Universe is a very lonely place. And on the way to those answers, we will improve our understanding of our home planet and its place in the cosmos.

Shawn Domagal-Goldman in the Chief of Planetary Systems Laboratory at NASA’s Goddard Space Flight Center in Greenbelt, MD. He is an astrobiologist that focuses on comparative planetology. As a member of multiple interdisciplinary teams, he simulates the atmospheres of other worlds, including those of ancient Earth, modern Mars, ancient Mars, and exoplanets. He utilizes the outputs from those simulations to interpret data from some of Earth’s most ancient rocks, from the Mars Curiosity rover, and to simulate the capabilities of future space-based telescopes designed to look for life on exoplanets. Shawn is a collaborator by nature, and a member of many research and mission teams, including the Curiosity science team, the HabEx Science and Technology Definition Team, the Large UV-Optical-Infrared Surveyor (LUVOIR) Study Office, is on multiple research teams in the Nexus for Exoplanet Systems Science (NExSS).

This talk is free and open to the public.