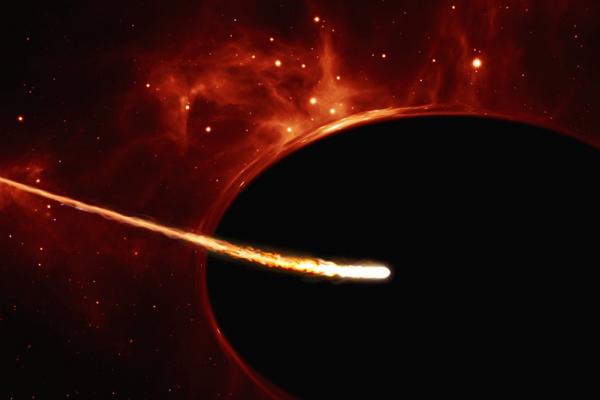 A NASA satellite searching space for new planets gave astronomers an unexpected glimpse at a black hole ripping a star to shreds.

It is one of the most detailed looks yet at the phenomenon, called a tidal disruption event (or TDE), and the first for NASA’s Transiting Exoplanet Survey Satellite (more commonly called TESS.)

The milestone was reached with the help of a worldwide network of robotic telescopes headquartered at The Ohio State University called ASAS-SN (All-Sky Automated Survey for Supernovae). Astronomers from the Carnegie Observatories, Ohio State and others published their findings today in The Astrophysical Journal.

“We’ve been closely monitoring the regions of the sky where TESS is observing with our ASAS-SN telescopes, but we were very lucky with this event in that the patch of the sky where TESS is continuously observing is small, and in that this happened to be one of the brightest TDEs we’ve seen,” said Patrick Vallely, a co-author of the study and National Science Foundation Graduate Research Fellow at Ohio State. “Due to the quick ASAS-SN discovery and the incredible TESS data, we were able to see this TDE much earlier than we’ve seen others — it gives us some new insight into how TDEs form.”

Read a copy of the article written by the Columbus Dispatch.