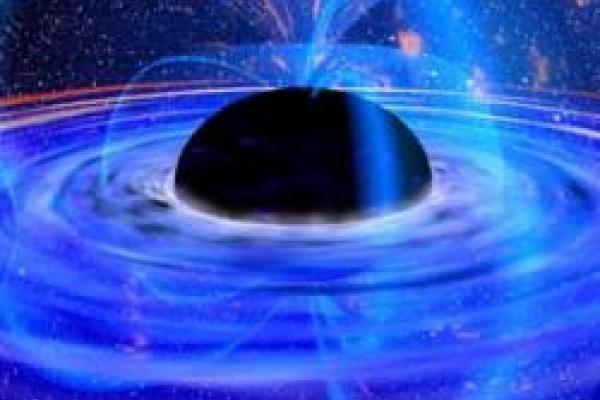 While the office of Astronomy Professor Anil Pradhan appears to be like any other office, there is something extremely unique happening within. Amongst the countless hardcopies of published research articles and the numerous plots and spreadsheets exists the tools to design a technology that could significantly improve cancer treatment.

Unlike his fellow astronomy colleagues working on galactic evolution or stellar astrophysics, Pradhan uses a range of scientific disciplines in his research including astronomy, biology, engineering, medical technology, and physics.

Although the research is still in progress, according to Pradhan it “will result in, at least, a factor of ten reduction in radiation exposure for cancer patients.” In addition to reducing radiation exposure, this new method also has the ability to target cancer cells more accurately than current procedures.

The beauty of RNPT is that the procedure relies on photons—or light particles—of fixed and exact energies. The high-energy X-rays will pass harmlessly through healthy tissue and only interact with heavy nanoparticles that will be imbedded in cancerous tissue. This results in the production of low-energy electrons locally destroying a cancerous tumor from the inside-out.

Pradhan’s astronomical research has required him to study an atomic process known as the Auger Effect, which results in the production of high-energy X-rays. Like a box of chocolates, X-rays have different flavors, or energies. High-energy X-rays pass straight through the light elements of the human body; however, low-energy X-rays are absorbed by bodily tissue.

The Auger Effect relies on low-energy photons precisely tuned to knock a loosely bound electron from the outer shell of a heavy atom, such as gold. When this electron is ejected, a higher energy electron will decay to fill the now vacant lower energy shell by releasing a photon with a fixed and calculable energy.

The resulting photon can eject yet another electron, and a domino effect ultimately produces a cascade of high-energy X-rays. The most prevalent of these have a specific energy and are called K-alpha X-rays. These are exactly the same X-rays Pradhan has studied for decades.

How interesting that these K-alpha X-rays found around black holes, some of the most massive objects in the universe, can be used to destroy tiny cancer cells. Instead of using low-energy photons to start the process, if K-alpha X-rays are shot at a nanoparticle composed of a heavy element, an electron is ejected from the element’s tightly bound inner shell.

This process is basically a reversal of the Auger Effect and subsequently leads to a surge of low-energy electrons emanating from the heavy nanoparticle. Because these electrons are not very energetic, if the nanoparticles are surrounded by other cells—human tissue for example—then the electrons are only locally absorbed. This means only cells that are within a few microns of the heavy nanoparticles will be destroyed, resulting in much less damage to untargeted tissue.

Traditional radiation therapy relies on subjecting a patient to a broad range of X-ray photons from X-ray tubes that Pradhan said, “have remained essentially unchanged since Roentgen invented them in 1895.” The X-rays produced using this outdated technology range in energy from a few electron volts, which are too weak to penetrate skin, to about 100 kiloelectron volts, which pass straight through the body. This means that, while some X-rays travel through healthy tissue and irradiate cancerous cells, many X-rays end up destroying the surrounding healthy tissue.

However, since RNPT relies on heavy element nanoparticles being contained to the cancerous tissue, the heavy and toxic element platinum can be used. Since platinum is commonly used in chemotherapy drugs, RNPT eventually could treat cancer patients with a combination of radiation treatment and chemotherapy, while also drastically reducing the amount of unnecessary radiation the patient must be subjected to.

Unfortunately, as is common in astronomy, technology and funding are perilous obstacles that still need to be overcome. Because of the interdisciplinary research Pradhan and his collaborators are involved in, it is difficult for the “research to find a home.” Yet Pradhan remains optimistic.

In order to implement RNPT, there are two main challenges that remain.

First, a device capable of producing specifically tuned, monochromatic X-rays must be further developed. Second, it is vital to devise a technique to limit the heavy nanoparticles to only the cancerous tissues so that healthy cells remain unharmed.

If these two technologies are developed, unnecessary healthy tissue damage during cancer treatment will be significantly reduced. Fortunately, according to Pradhan, “it is not a question of if, but when.”