New data locates hundreds of millions of objects throughout space

New data locates hundreds of millions of objects throughout space 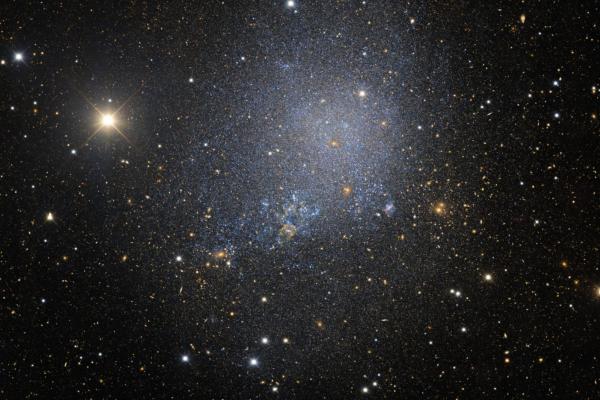 A longstanding project designed to study dark energy throughout the cosmos has released a second data set showing 300 million objects throughout space, one of the largest data releases of its kind. Combined with an initial release, the survey has now cataloged about 700 million objects in the universe.

The data was released by the Dark Energy Survey, an international collaboration of about 500 scientists from the U.S., Europe and South America, to map hundreds of millions of galaxies and thousands of supernovae in an attempt to understand more about dark energy, the force that is causing the universe to expand. The Ohio State University has played a primary role in the survey from the beginning.

The survey, started in 2013, has so far mapped about one-eighth of the skies.

“This release tells the world, ‘If you ever want to see any of these galaxies, here’s where they are and here’s what they look like,’ said Klaus Honscheid, a physics professor at Ohio State and member of Ohio State’s Center for Cosmology and Astroparticle Physics. “And people can use this info and do their own analysis – look for objects of a certain property or compare to theoretical models. This is really enabling a lot of people to do work now outside the DES collaboration.”

Last week’s release is the second from the Dark Energy Survey. The data builds on the 400 million objects cataloged in the survey’s previous data release, and improves on the first release by refining calibration techniques and including deeper combined images of the objects throughout space. That combination, scientists say, led to improved estimates of the amount and distribution of matter in the universe.

The data allows researchers to determine the size, shape and location of objects – most of them galaxies, but also quasars, stars, interstellar gas clouds and asteroids – throughout space, and to build a catalog of those objects

“These images combine data from the same locations in the skies – images of the same spot, multiple times,” said Ami Choi, co-convener of the DES science working group on weak gravitational lensing and a CCAPP fellow. “And it’s three-dimensional, so it allows us to build a map that looks deep into this one part of the universe.”

The new data should make it easier for astronomers, astrophysicists and cosmologists – both professional and amateur – to locate those objects in the night skies, and to build models around the distance those objects may have moved away from one another over time.

“The catalog contains these objects with their properties and their location, and anyone else who has this information and a big enough telescope can go look at the location we specified and repeat these observations,” Honscheid said.

The next set of results from the survey is expected later this spring, said Jack Elvin-Poole, co-convener of the DES science working group on large scale structure and a CCAPP fellow.

Scientists at the Dark Energy Survey, including those at Ohio State, are still analyzing data released last week to discern what it might say about dark energy and the expansion of the universe. The data is online and available to the public; the survey’s scientists will make their analysis available after it is complete.

“We are very interested in cosmology – the history of the universe – so we are looking for these dark energy signatures in this data,” Honscheid said. “If you think about dark energy, it’s something that pulls the universe apart, that pushes objects further apart.”

The survey involves taking photographs of light produced by each object and analyzing the wavelengths of that light.

This analysis is built on a concept called “redshifting,” which gets its name from the way wavelengths of light lengthen as they travel through the expanding universe.

“The farther away something is in the universe, the longer its wavelength of light – and longer wavelengths appear red, while shorter wavelengths appear blue,” said Anna Porredon, a CCAPP fellow who worked on the survey. “Scientists who study the cosmos call that lengthening the redshift effect.”

There are a number of other researchers at Ohio State who have worked on the DES project, including David Weinberg, Paul Martini, Chris Hirata and Ashley Ross. 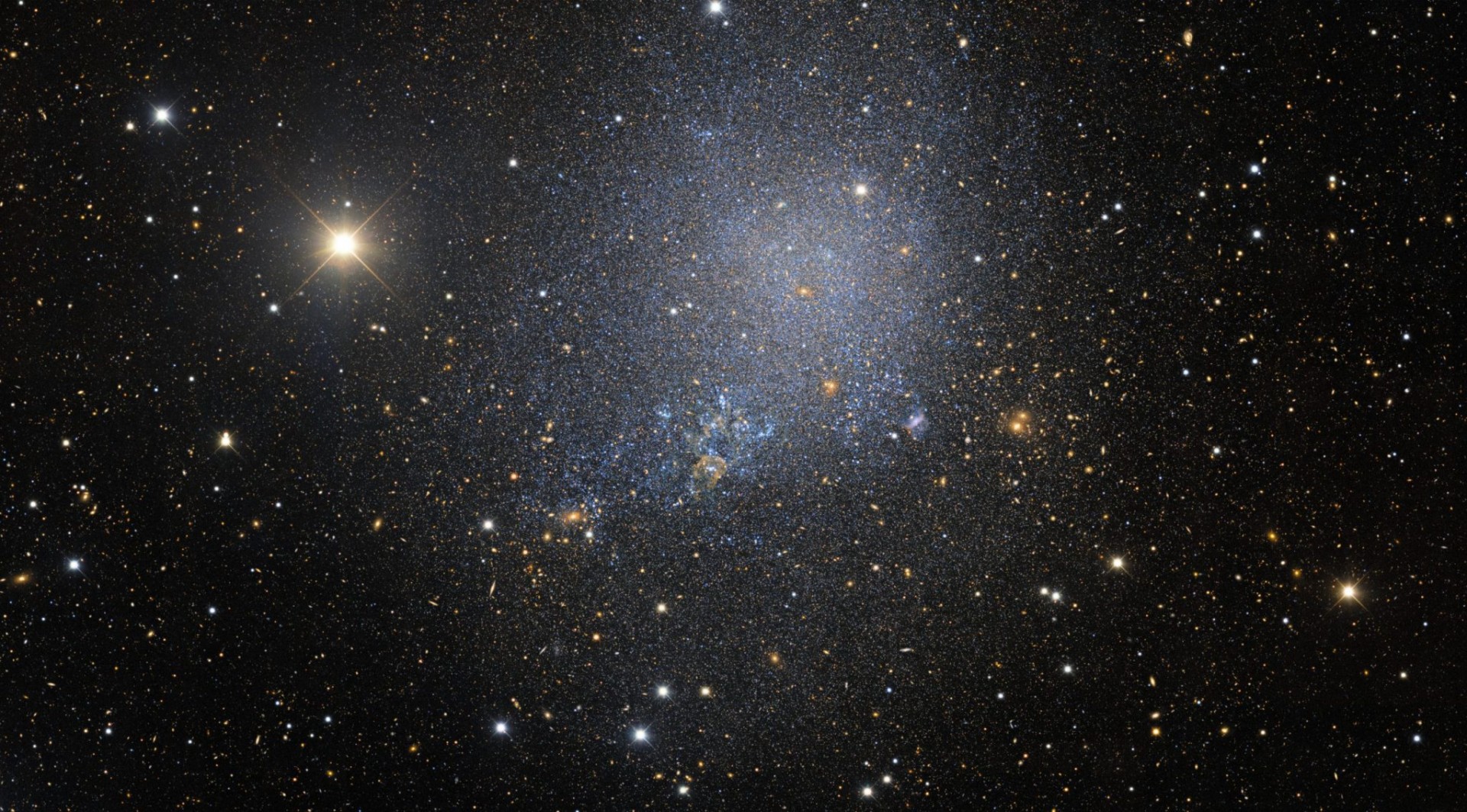 This irregular dwarf galaxy, named IC 1613, and discovered through the Dark Energy Survey, contains some 100 million stars (bluish in this portrayal). It is a member of our Local Group of galaxy neighbors, a collection which also includes our Milky Way, the Andromeda spiral and the Magellanic clouds.