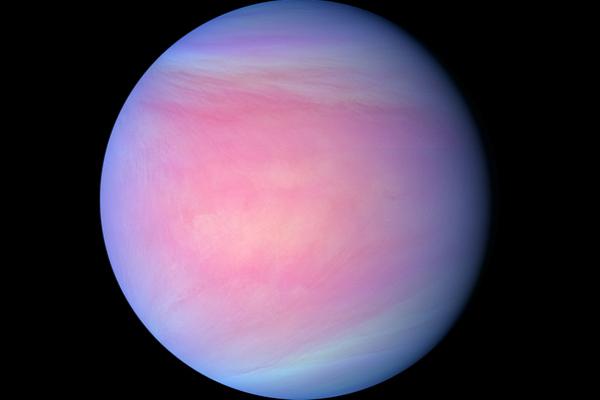 Do The Clouds of Venus Contain Phosphine?

The observation of a 266.94 GHz feature in the Venus spectrum has been attributed to phosphine (PH3) in the Venus clouds, suggesting unexpected geological, chemical, or even biological processes. Since both PH3 and sulfur dioxide (SO2) are spectrally active near 266.94 GHz, the contribution to this line from SO2 must be determined before it can be attributed, in whole or part, to PH3. An undetected SO2 reference line, interpreted as an unexpectedly low SO2 abundance, suggested that the 266.94 GHz feature could be attributed primarily to PH3. However, the low SO2 and the inference that PH3 was in the Venus cloud deck ran counter to the supporting observations and our existing understanding of the Venus environment. In this talk, I will review the discovery papers, and describe a comprehensive research effort to independently analyze both the data and the phosphine interpretation for the 266.94 GHz line.  Our work suggests an alternative hypothesis—that typical amounts of Venus SO2 can fully explain both the detection and non-detection of absorption lines in the discovery data.  I will discuss how this hypothesis has additional support from other results put forward by the observational and Venus communities. This study further emphasizes the importance of understanding planetary context when searching for, and interpreting, potential signs of life beyond the Earth.